Cancer is the general name of a group of 100 diseases. All these diseases start by an uncontrolled growth of abnormal cells that may attack other tissues and organs.

Cancer is a destructive disease and the number of cancer patients is constantly increasing worldwide. The alarming increasing figures of diagnosed cancer patients are an indication of the importance and expansion of this health issue. However, even though it differs according to its origin, cancer is a disease that can be cured if diagnosed on time.

How does the cancer appear? 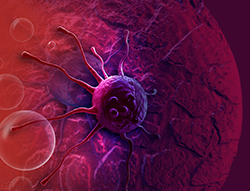 The human organism is made up of trillions of cells that present the basic structural and functional units in all living organisms. Each and every day, new and healthy cells are being developed, while old and dysfunctional ones, die out. However, sometimes, this complex process does not develop according to nature’s laws. At a given point in time, the old cells do not die out; instead, they keep on growing and develop out of control.  The difference between normal and abnormal cells is in the DNA damage. If this problem appears in normal cells, the cell itself dies out, while abnormal cells continue to grow up, even though they are dysfunctional and damaged. The new, abnormal cells, create a cancer mass called tumor. These tumor cells develop very quickly and may expand and affect nearby tissues and organs. Some people may inherit the cancer. However, the damage of DNA in the cells and the process of cancer appearance is at most a consequence of external factors, such as, smoking or sun exposure. But, it is still not really clear why the cancer appears.

How do cancer expands? 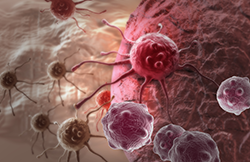 Cancer cells may expand in other body parts through the blood and lymphatic system. New tumors begin to appear, replacing in time,  the healthy tissue. The process of expanding of cancer cells is called metastasis. Regardless where the cancer expanded, it is always named according to the place where it first appeared. For example, the cancer that appeared on a breast, and metastasized in the liver, is called a metastasized breast cancer, not liver cancer.  Even though regarded by one name, cancers on different body parts have different characteristics. For example, prostate cancer and colon cancer are different diseases. For that reason, each cancer has its own treatment. But, not all tumors are cancer- causing! There are two types of cancer: benign and malign.

Benign tumors are non cancer- causing and may be surgically removed and never reappear. They may cause problems if they begin to grow up in size causing pressure on healthy organs and tissues. They cannot expand on the healthy parts of organs or metastasize. These tumors are almost never life endangering.

The main risk factors are: mutated genes, hormones, some specific viruses and bacteria, ecological and biological characteristics or an unhealthy lifestyle. Cancer appearance risk may be decreased if some lifestyle habits are changed, such as giving up smoking, reducing stressing out and taking up sport, a healthy lifestyle and a diet instead.